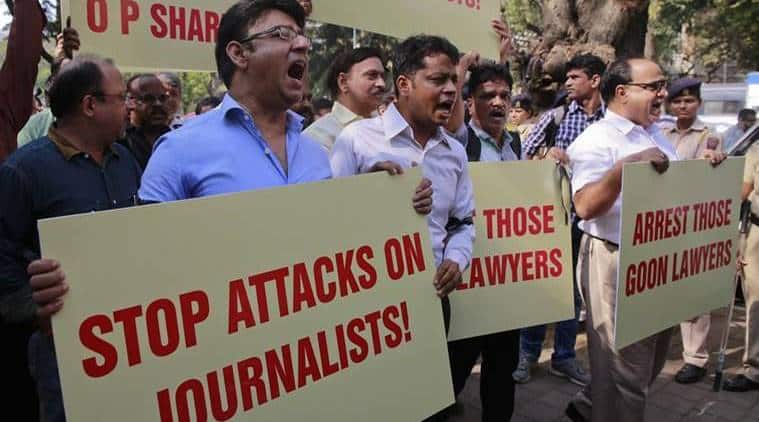 Mehta indulges in the “positive” versus “negative” reporting debate while arguing in the Supreme Court’s suo motu case in the matter.

VULTURES are natural scavengers. For some, however, they are symbolic of opportunistic predation, at least in a manner of speaking. So, are journalists covering the plight of migrant labourers in the times of a terrible human tragedy unfolding before their eyes akin to vultures? Should they — as Solicitor General of India Tushar Mehta would like them to — restrict themselves to helping the migrants in trouble instead of shooting photos and videos, and narrating their plight in reports? The jury is still out on the matter, but Mehta’s elucidation of his point using the example of the much-debated Pulitzer-winning news photograph by the late photojournalist Kevin Carter — it depicts a vulture waiting in anticipation of a starving Sudanese child’s death — is factually misplaced, and hence deeply problematic.

Mehta indulges in the “positive” versus “negative” reporting debate while arguing in the Supreme Court’s suo motu case in the matter. He also tells his legal rival, Kapil Sibal, to not bring politics into the matter. According to him, the government is doing a lot of good work too, which is not being appreciated. This argument has both neutral and subjective dimensions. When journalists were covering the alleged corruption scandals during the erstwhile Congress-led government, should they have balanced it out with positive stories, if any, that their “inner calling” probably failed to notice, deliberately or otherwise? How would the party, whose government Mehta now represents, have perceived such journalism?

An interesting media experience is worth mentioning in this context. Both the national and international media were focused on farmers’ suicides in Vidarbha during the previous decade. This attracted huge government focus on the region with several packages being declared and the whole administrative machinery put to work to ameliorate the farmers’ lot. The obvious angle of reporting after that was whether the suicides continued at the same rate, or if there was a drop in numbers. This paper’s investigation suggested that the numbers had indeed started coming down from 2007 — from 1,449 suicides in 2006, the numbers dropped to 805 in 2013 in the region’s six cotton-producing districts. However, this work was scoffed at by the parties in power today, which were in the opposition then. At least two of the prominent opposition leaders then, who hold key ministerial portfolios in state and Centre today, had openly rebuked this paper — on public forums — in very disparaging terms. The same leaders started preaching farmers to “think positively” and “not commit suicide” when they came to power in Maharashtra in 2014 — and when the suicide numbers had started shooting up again.

While a falling or increasing suicide count is an important facet of the farmers’ suicide saga, it doesn’t mean that the farmers were also fluctuating in and out of agrarian distress. It only underlined fluctuations in distress levels. That the farmers continued to live a life in distress was an undeniable fact.

A reporter’s job is to highlight the positive/s, if any, in the aftermath of measures initiated to tackle the problem, not before it. In the migrants’ case, Mehta wants us to see the arrangement of transport for migrants as a positive story. He invokes the symbolism of the vulture in Carter’s photo to vilify the journalists highlighting the misery of the migrants. Mehta should know that the real measures to mitigate migrants’ sufferings will have to be initiated after they reach their homes. Because what’s happening now is just the trailer. Suffering will continue even after they complete their reverse migration. The government will need to undertake the salvaging act then. And, it will be a while after that for the impact of those mitigation measures to unfold. Therefore, Mehta can reserve his anguish against journalists for a later time, if and when they fail to report the positives then, if any.

For now, there’s scope to say the current pain of the migrant labourers is largely the making of the government that Mehta is defending. Let alone any bare minimum acknowledgement of government failure, Mehta’s labelling of the journalists and activists highlighting migrants’ pain as “prophets of doom” is like the pot calling the kettle black.

It is fine for Mehta to call for neutrality and positivity in reporting the migrant crisis now — that’s his job — but to attach political motives to those raising the issue or reporting on it is going beyond the scope of his brief.

Opinion | Modi Government’s J-K Gambit Has Had Pakistan, China And...