Private equity (PE) investments almost doubled in May when 58 deals worth $5.4 billion were made compared to $2.8 billion in the same month last year but just one company took the biggest share of the business pie.


Around $4.6 billion, or 85 per cent of the total deals, invested was in Jio Platforms, the digital arm of Reliance Industries. If not for Jio Platforms, PE/VC investments would have recorded a fourth straight month of decline. 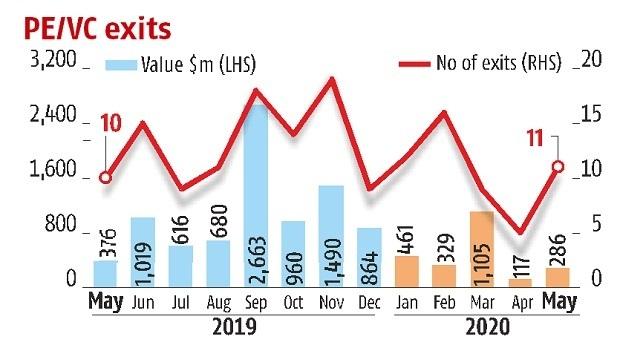 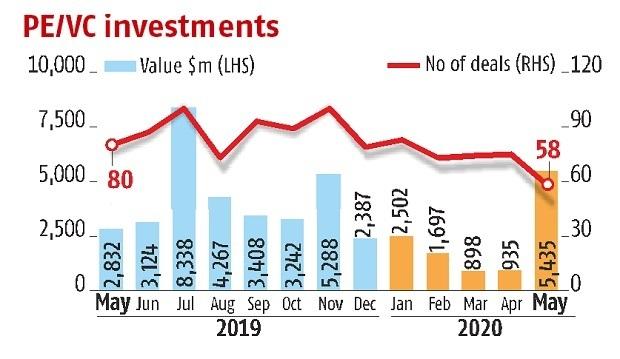 
Vivek Soni, partner and national leader for Private Equity Services at EY India, said that the fundraising spree by Jio Platforms has pushed Indian PE/VC investment in May 2020 above $5 billion. “Adjusting for these marquee deals, Indian PE/VC investment activity is on a downward trajectory. Nonetheless, these deals help highlight investor confidence in the India story,” said Soni.


As anticipated, the defensive sectors are witnessing renewed interest from investors. In May 2020, life sciences sector received the second highest amount of PE/VC investments of 354 million (after telecom). On the exits front, financial services sector recorded the highest value of exits as investors looked to book some profits in listed securities after the recent recovery in the equity indices.