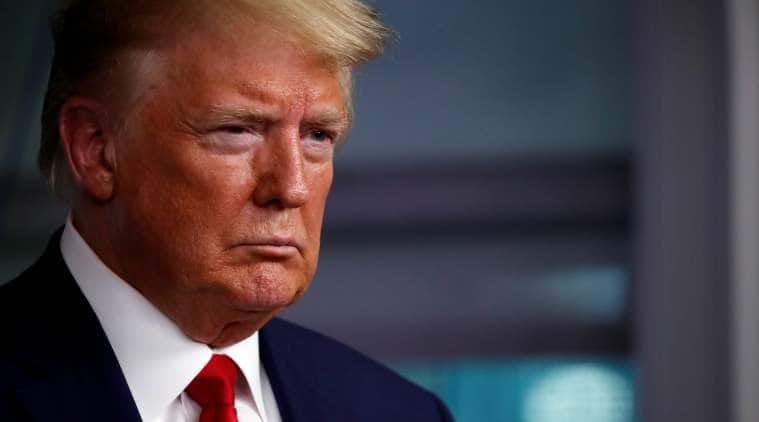 Trump’s motivation in expanding the G-7 to include India and Russia while keeping China out is transparent. (AP photo)

The loud thinking by United States President Donald Trump on the need to enlarge the membership of the Group of Seven (G-7), the club of “free market democracies”, is only the most recent of many such initiatives aimed at making an anachronism relevant to a changing world. Formed in 1976, the G-7 no longer dominate the global economy as they did at their founding. It was the French who first flew the kite of membership expansion when they invited heads of government of several “emerging economies” for a meeting of the group at Évian-les-Bains, France, in June 2003. The G-7 became the G-8 in 1997 when Russia was invited to join. In 2014, Russia was debarred after it took over Crimea.

After 2003, G-8 host countries began organising a meeting on the sidelines of their summits with a select group of five or six developing countries. India and China were invited to all those summits. President Trump has, however, gone a step further. Rather than invite “guests” to a G-7 summit, he has suggested expanding the G-7 to a G-10 or G-11. Trump has come up with an interesting list of new members — Australia, India, South Korea and, possibly, Russia. Trump’s pragmatism in including Russia should be welcomed. The advantage of getting Russia in is that the group would not be viewed merely as an anti-China gang-up but, in fact, as a club of “free market democracies”. The group could easily be made the G-12 with the inclusion of Indonesia — one of the few democratic nations in the Islamic world.

Trump’s motivation in expanding the G-7 to include India and Russia while keeping China out is transparent. If keeping China out was not the intention, the G-7 could easily have dissolved themselves and revitalised the presently inert G-20. There are, of course, good reasons why Xi Jinping’s China requires to be put on notice for its various acts of omission and commission and disrespect for international law. However, disciplining China is one thing, isolating it quite another. If the new group is viewed as yet another arrow in the China containment quiver it would place India and most other members of the group in a spot. Everyone wants China disciplined, few would like to be seen seeking its isolation. Asia needs a law-abiding China, not a sullen China.

Even Japan and Australia, which have serious concerns about China’s behaviour, may not like the new group to be viewed purely as an anti-China gang-up. That may well be the case with South Korea too. Indeed, even India should tread cautiously. It has more issues with China than most others in the group, spanning across economic and national security issues and yet it should seek a disciplined China, not an isolated one.

What this means is that the proposed new group should define its agenda in terms that would encourage China to return to the pre-Xi era of global good behaviour. The G-7 came into being in the mid-1970s against the background of shocks to the global financial and energy markets. The G-12 would come into being against the background of a global economic crisis and the disruption to global trade caused both by protectionism and a pandemic. The two items on the next summit agenda would have to be the global response to the COVID-19 pandemic, the rising tide of protectionism and mercantilism and the global economic slowdown. The summit will have to come forward with some international dos and don’ts to deal with the challenge posed by these disruptions.

These new rules of international conduct would have to apply to both China and the US. The G-12 — and I do think it would make sense to include Indonesia — have a shared interest in ensuring that both China and the US respect international law and desist from unilateralism in dealing with neighbours and global challenges. To be able to alter China’s behaviour without isolating it, the G-12 will have to widen their agenda, go beyond the purely economic issues that the G-7 originally focused on, and include climate change, health care and human rights.

In identifying themselves as “free market democracies” the G-12 must issue a new charter of respect for human rights, adherence to international law and multilateralism in trade and security. This is easier said than done. President Trump will have to re-assure the group’s members that he has their combined interests at heart in proposing a new group and has an imagination beyond just an “America First” policy. Even as the world is increasingly wary of an assertive China and of Xi Jinping’s China Dream and his version of a “China First” policy, it is also wary of Trump’s unilateralism on many fronts.

While many countries share Trump’s displeasure with China for its manipulation of the World Health Organisation, many of them are equally unhappy with the manner in which the Trump administration has treated the World Trade Organisation. A G-12 cannot ignore such partisan behaviour by either the US or China. If Trump does issue an invitation to the three or four new members to join the new group, they should seek clarity on the terms of membership. Russia’s experience, of being invited and then disinvited and now being considered for being re-invited should be a salutary message to all others invitees.

President Trump is not doing India a favour by wanting to invite it into the new group. As the world’s largest free market democracy India deserves to be a member of not just a G-12 but of even a new G-7. India’s political and economic credentials are certainly stronger than those of Canada, Britain and Italy. Indeed, Russia, Australia, South Korea and even Indonesia may regard themselves as natural choices for membership of an expanded G-7. In other words, Trump is not doing the new members a favour. He is, like the French before him, only coming to terms with the reality of a new world order.

This article first appeared in the print edition on June 5 under the titile “An agenda for a G-12”. The writer is a policy analyst and former media advisor to Prime Minister of India.

Opinion | The digitized 80:20 factory will outlast our lockdown

Self-reliance is about resilience and decentralisation, not isolationism