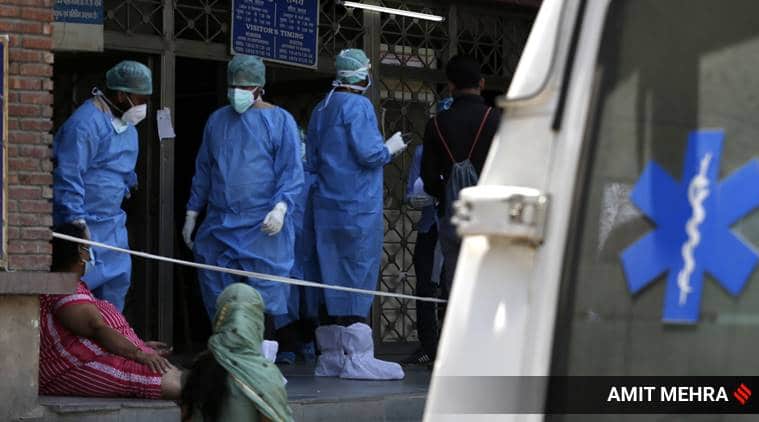 The COVID crisis is undoubtedly a human crisis, but in India, it is also a crisis of statistics — that has exacerbated the human crisis. An inability to foresee and forecast the consequences of the shutdown for the workers, economy, and society has aggravated the emergency. To begin with, the migrant labourers fleeing for their homes in large numbers — transporting the infection risk in the process — created suffering on a scale unseen in Independent India. This direct suffering aside, the knock-on effects of at least equal consequence for the firms, offices and fields they left behind are now being discovered — the adverse effects on the economy is likely to be fully understood only in hindsight. At the moment, we lack precise answers even to obvious questions such as “how many workers have fled cities and towns and where were they going” let alone more nuanced queries about the types of firms and roles they have left behind.

Imagine, instead, that the government were working with numbers — executing the essential but tricky shutdown in a way that sidestepped mass suffering, and targeting both fiscal and material relief efforts where they are most urgently needed. For this, we would need also to imagine that the Central Statistics Office (CSO) was at the forefront of COVID-focused government policy and decisions. It would have provided the Centre with accurate estimates of the numbers of informal sector workers, their income and migration profiles such as place of origin, the form of residence, family, children in school, and other indicators for how rooted a migrant is and thus how likely to return in the face of a crisis, and how much they will need to be compensated if their employment disappears.

Data scientists and economists in nodal government agencies would be forecasting the economic impact of the labour withdrawal using recent data about companies, informal sector firms, and the agricultural sector. The RBI and the Ministry of Finance amongst others would be using these forecasts to plan mitigating measures including material relief such as food, fiscal stimuli, loan extensions, and salary loss compensation. Yet, more ambitiously, part of the CSO would specialise in public health, keeping policymakers abreast of hospital capacity and the availability of doctors across the nation.

But to support such efforts, frequent and regularly updated data need to be available. Such data come from continuous, rolling, monthly or at least quarterly, national surveys on various subjects. A meaningful proportion of respondents need to be tracked over time, to understand cyclical patterns in labour participation for example, and similarly, detailed data about formal and informal firms and agriculture need to be collected at least annually. This must include information about the socioeconomic characteristics of their workers, and ideally, link with the labour surveys. Surveys are especially important for the informal sector — the backbone of India’s economy — because by definition the sector lies outside formal reporting and data-gathering mechanisms.

The reality is rather different. Available estimates about labour are based on infrequent annual or even quinquennial surveys. Surveys (or better still, censuses) of firms are of similarly infrequent periodicity. The two types of data are not linked, nor do either of them track the same cohort of workers or firms over time. This prevents fine-grained insights into annual migration decisions on the one hand, and firm longevity and growth on the other.

Delving into why, we encounter familiar questions about who manages and collects these data: the manpower available to the National Sample Survey Office (NSSO), their status and salaries as contractual workers in the majority, the profile of professionals recruited to the NSSO and CSO, and why, as we have seen with a handful of other branches of the government, we do not as yet demand lateral recruitment and greater institutional independence for these nodal bodies.

The current government has harmed the reputation of these bodies by interfering in the release of unemployment estimates, and more generally, the functioning of the CSO. But all central governments in the last two decades have contributed to the contractualisation and shrinkage of permanent positions with clearly-defined career trajectories within the NSSO and its state-level counterparts. These concerns echo the larger picture of widespread contractualisation and outsourcing that have gained momentum during this period. The consequences of these shifts for the wings of the government responsible for collecting data that itself informs policymaking are particularly severe, restricting the scope of evidence-based policy. COVID-19 is only one, albeit very stark, demonstration of this phenomena.

Private sector initiatives such as the Centre for Monitoring Indian Economy’s regular unemployment figures, or Azim Premji University’s recent survey of migrant workers are undoubtedly welcome, but these cannot and should not be considered replacements for the government’s own statistics. The aspects to consider here include the scale, requisite periodicity and breadth of data needed, but also, crucially, that data need to be publicly available for research and must be relevant to the needs of policymakers. For this to happen, the capacity of the institutions tasked with gathering these data will need to be dramatically upgraded, with increased budgets as need be.

COVID-19 is causing immense human suffering and there are real risks of longer-term economic damage. Better statistics would help mitigate both aspects, but more generally, they have a far larger role to play in measuring and understanding India’s economy and workforce. It is difficult to imagine an event that could highlight this need more starkly than the COVID crisis.

The author is Lecturer in Economics at the King’s India Institute, King’s College London. The views expressed are personal

An eye on fake news

Don’t expect any further hurdles to sale of Aircel assets, including...