A funeral home worker wearing full protective gear, walks past a family who accompanied the remains of their relative for burial in the Covid-19 area at the La Verbena cemetery in Guatemala in Guatemala City, Monday, July 6, 2020. As a measure to stop the spread of the coronavirus, the government prohibits family members from attending funerals in this cemetery. (AP Photo/Moises Castillo)

Coronavirus Global Updates: The novel coronavirus has claimed the lives of over 5.3 lakh people worldwide, while over 11.64 million are battling the infection. Since it was first reported in China, the virus has spread to over 210 countries and territories in the last six months.

Here are some of the top global stories today:

Responding to local media reports that he was “showing symptoms” of Covid-19, Brazilian President Jair Bolsonaro Monday underwent a lung scan to test for the disease. “I came from the hospital. I underwent a lung scan. The lung’s clean,” said a statement from the president’s office, adding Bolsonaro was at his home and “in good health.”

Bolsonaro has repeatedly played down the impact of the virus, and has been seen in public neither wearing a mask nor adhering to social distancing norms. Brazil is the second worst-hit country, with over 1.6 million cases of the novel coronavirus and 65,000 deaths.

The New Zealand government has decided to stop bookings on its national airline, Air New Zealand, for three weeks and is speaking to private airlines to do the same. The government intends on using this period to build more isolation centres for people who return, as a 14-day quarantine period is mandatory in the country.

The government had earlier banned the entry of foreigners, and only allowed its nationals and permanent residents to return.

“We are seeing rapid growth in the numbers of New Zealanders coming home as the Covid-19 pandemic worsens,” Housing Minister Megan Woods said. “The last thing we need are hastily set up facilities to meet demand.” 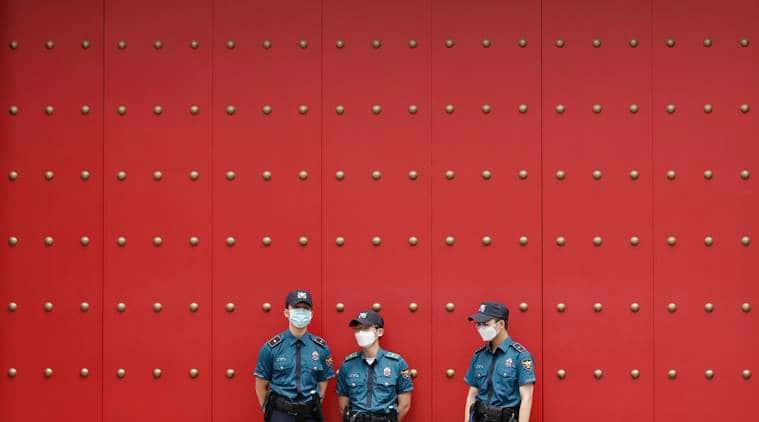 The US is ‘knee-deep’ in first wave of Covid-19, warns Fauci

US health official Anthony Fauci has warned the US was “knee-deep” in the first wave of Covid-19. Fauci, the director of the National Institute of Allergy and Infectious Diseases and a member of the White House coronavirus task force, also said a vaccine for the disease would not be allow “infinite protection”.

“It’s a serious situation that we have to address immediately,” Fauci said in an interview. The country has reported nearly three million cases and over 130,000 deaths due to the coronavirus.

Meanwhile, the Trump administration issued new guidelines under which international students would be forced to leave the country if their classes went online in the fall. According to a reported in the Associated Press, the guidelines increased pressed on schools to reopen despite the pandemic.

SCHOOLS MUST OPEN IN THE FALL!!!

NSW-Victoria border for the first time in a century

The border between New South Wales (NSW) and Victoria will close at 11.59 pm Tuesday for the first time in 100 years. The decision to seal the state line was taken Monday due to the rising cases of coronavirus in Victoria’s capital Melbourne. In fact, according to a Reuters report, Victorial could impose a four-week lockdown due to the surge in cases.

The decision comes with a hefty fine of $7,700 and six-month jail time for anyone found illegally crossing the border. As scientists, researchers and healthcare professionals team up to understand the disease, the World Health Organization (WHO) said it was reviewing new research that found the virus could spread in tiny airborne particles. At least 239 scientists from 32 countries had written to the global body with evidence that these particles could infect people who inhaled them. “We are aware of the article and are reviewing its contents with our technical experts,” WHO spokesman Tarik Jasarevic said.

Uighur ‘Imams’ most vulnerable to persecution in mainland China – Times...